This is our official list of the best radio scanners on the market today. Scroll further down for full details on each product as well as a guide on things you need to know when in the market for a radio scanner.

With the right equipment, radio scanning can be a lot of fun. This guide is designed to help anyone who is interested in the hobby find a radio scanner that fits their listening needs. It will discuss some of the uses for a radio scanner and the features to look for before making a purchase. Let’s take a look at five of the best radio scanners on the market in greater detail below. 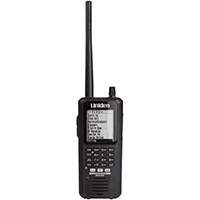 The Uniden BCD436HP is another easy-to-use handheld scanner that comes with a four-gigabyte MicroSD card for storing channels. This storage allows users to hold the entirety of the U.S. and Canadian radio database.

It also has more than enough space to store several hours of audio feeds for later usage. This scanner also features the Close Call functionality of other Uniden scanner, but with this unit, it can automatically tune the scanner to a nearby signal without actually interrupting the scanners current reception.

When storing audio, the scanner also has an instant replay functionality that will play back a full four minutes of recorded audio with the touch of a button.

The Whistler WS1040 is another exceptional handheld police scanner that has some newbie-friendly features that make it somewhat easier to use. One of the best features is its menus; they have built-in lines of informative material so that new users can quickly pick up how to use the police scanner.

While this is a slightly larger handheld, which is about the size of a traditional walkie-talkie, this scanner is still very portable. Another useful feature of the WS1040 is its Skywarn Storm Spotter, which tells users when stronger storms are approaching the area. 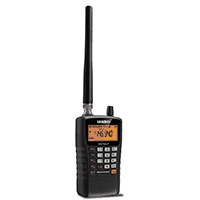 For users looking for a more portable option, the BC75XLT is a handheld option that brings police and fire frequencies on the road. While it’s not the easiest scanner to program and operate, the guides that come with the product are fairly intensive.

There is also a series of built-in features which provide access to the weather in the device’s area, engages a permanent and temporary lockout, or programs or deletes the channel selected.

One of the best features of this scanner is its 300-channel functionality. This provides a wide degree of operation for a portable scanner. With these 300 programmable channels, users simply store 30 channels per the unit’s ten memory banks. 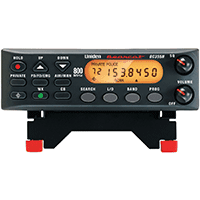 This model of police scanner has a frequency of 800 MHz and has a 300-channel operation. One of the best overall features of this unit is its small form factor; it’s compact enough to fit just about anywhere.

Additionally, this scanner has the ability to find the channels that are most suited to the home location so that the feed isn’t bogged down with channels that don’t work well for a user’s home area.

Its turbo search function allows it to search through 180 steps per second so that the most relevant channels are found quickly. Once a setting is saved, the scanner will also remember which settings were established, even when powered off.

Also known as the Bearcat, the Uniden BCD536HP is a great scanner that has a wide variety of great features for scanning, such as Wi-Fi, a crystal clear LCD display, and even built-in update-ability. There are several ways to power the BCD536HP, the standard hardwired cable for 12-volt power, an AC wall adapter for home use, and a portable DC power cord for usage in a car or truck.

The Wi-Fi feature is very useful; it allows users to pair the scanner with their smartphone so that the scanner’s output can be heard within the Wi-Fi coverage area.

Radio scanning is a hobby that has been around since the 1970s. The first radio scanners were not as nice as the ones found on the market today, but they did allow citizens to find out what was going on in the community.

During this time, CB radios were a popular way to communicate, so anyone who owned a radio scanner could tune the radio channel to the same frequency to hear the conversations that the truckers were having. Listening in could be a great way to get information about accidents and road conditions ahead on the highway.

These devices used to only have a few channels to tune into. The reception was bad and the audio was sluggish, but it was a way to be informed. Today, radio scanners are designed with much more advanced technology, so the device is much higher quality overall.

A radio scanner is a device that is designed to surf the radio frequencies in the air to find ones that have activity on them. Once the activity is located, it is easy to listen in on the conversations being held by others. It is a way of eavesdropping that does not have the consequences, as long as it is used according to the rules and regulations of the state that it is being used in.

There are two different types of radio scanners popular on the market today. The first is the handheld variation that is designed for portable use. Typically, this type of scanner is designed to be on the person of the individual using the device, which means that they run on battery power.

There are also scanners that are designed with a base that secures the device in a specific location. In most situations, these types of radio scanners are placed in a vehicle, but some individuals prefer to keep them inside their home.

Scanner models will also have a method that they use to transmit the signal. Almost all of the older models transmit the traditional AM and FM radio signal, but some of the newer radio scanners no longer have this function. The most common method used today is still analog, but digital transmitting is making a footprint in the sand as well, but that technology is not advanced enough yet.

Who Are They For?

There are many uses for a radio scanner. They can be used for professional means or they can simply be a hobby that an individual takes an interest in. Radio scanners are used by those who are interested in law enforcement. Some people enjoy listening to conversations that the investigators are having about an ongoing investigation. Emergency warnings will also often be broadcasted over radio scanners.

Anyone who is interested in the military activity occurring in a specific area of the world will be able to hear the communication between the commanding officers and their company. It can actually be a pretty exciting experience to hear some of the Intel of a military operation.

Any writer who likes to keep up with all of the current events will also find that having a radio scanner can be useful for getting the story first. It will help a reporter know when and where news is occurring, which will help them get the scoop and the headlines.

Weather watchers will also want to have this device. It will help them know exactly where bad weather is going to hit so that they can get a great image of the perfect storm. Most weather watchers like to capture tornadoes, hurricanes, flash floods, or blizzards. If it is a dangerous situation to be in, then they will want to know about it before it occurs, and the best way to locate these storms is to hear the details straight from the meteorologist.

What to Look for in a Good Radio Scanner?

As with any new purchase, there are a few features to consider when purchasing a radio scanner. Each one is important to get the best performance out of the device, but they may not all be needed, depending what the device will be used for. Here are some of the considerations that are the most important for a purchase:

Are They Worth the Money?

A radio scanner has a lot of uses, but purchasing one can also be a costly experience. The radio scanners featured on this list range in price from around $100 to nearly $500, and some of the scanners on the market can even be more expensive than that.

So, is it worth the money? Well, most hobbyists would say that it is a valuable investment to make. Most scanners have a durable construction that will ensure that they can be used for years.

If a portable radio scanner is purchased, it can be a companion while driving down the road. Even scanners that have a designated base can be installed in a vehicle to be listened to on long road trips. Knowing that there is an accident ahead that will cost hours of valuable time is well worth the cost. With that information alone, the accident can be avoided, and the travel destination can still be reached in time.

Having a police scanner can provide you with a sense of safety that many other pieces of technology cannot. These products pick up the occurrences of fire and police emergencies in the immediate area and can even provide information like the weather and the racecar driver chatter.

The best radio scanners for each user will vary by preference, but the products that have been covered in this guide can all provide excellent functionality for any degree of police scanner enthusiast.