This is our official list in search of the best dash cam for truckers on the market today. Scroll further down for full details on each product and a brief guide to dash cams for trucking.

With the population growing at a rapid rate, the highways are filling up with vehicles, and every day, truck drivers must drive alongside thousands of other drivers. Since there is no way to know when an accident is going to occur, it’s better to be prepared with the best dash cam for truckers.

Some of the first dash cams shot terrible video because the technology was still new. Over time, many technological improvements have been made to dash cams, and they’ve become essential tools for all drivers. Many fleet owners are investing in dash cams because they can help lower insurance rates and protect truck drivers from fraudulent lawsuits.

When used in a courtroom, video evidence is extremely powerful because it’s virtually indisputable. A modern dash cam is designed to mount to the window, and it will record live video while you drive.

Many of the latest dash cams can record continuous video and overwrite existing data. This is a huge advantage because it eliminates the need to constantly swap out the memory card.

Due to the fact that they move at a slower speed, many truck drivers are victims of road rage, and if there are no witnesses, footage from a dashcam could save the day. Below, you’ll find reviews for some of the best dash cams for truckers. 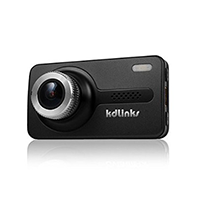 The KDLINKS X1 captures full HD video, which can be viewed in a 1920×1080 resolution. The video from this cam is recorded at 30 frames per second, and the KDLINKS X1 records live footage in a continuous loop, which is very convenient.

The camera comes with an 8GB SD card, and you can start using it right out of the box. This camera is even designed with a feature for night vision, and it has wide dynamic range technology.

With a built-in GPS module, it records precise GPS data onto recorded video, and it can even detect when an accident occurs and lock the current video file.

The KDLINKS X1 uses a 165-degree wide-angle lens to capture the entire scene, and this feature is especially important for large trucks because they occupy a larger space. The KDLINKS X1 is easy to mount, and it doesn’t use a bundle of tangled cables. 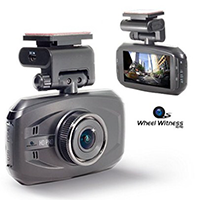 The WheelWitness HD PRO is another popular dash cam for truck drivers, and it captures video with a 1296p resolution, which is very important for dashcam footage. To capture a larger scene, the camera uses a 170-degree, wide-angle lens, and the camera features plug-n-play technology.

For reliable video footage, this camera is made with a powerful processor, and it even comes with motion detection. A three-inch LCD screen displays the various functions and makes it easy to adjust the settings. 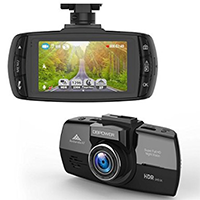 The DBPOWER 2K FHD DVR offers smooth recording and uses an OV4689 sensor for great video quality. This dashcam is a top choice for truckers, and it captures clear footage of street signs and license plates.

With an extra-wide angle, this camera captures more area around your truck, and the HDR systems allow it to capture high-quality video during any part of the day.

An emergency lock button allows you to instantly lock a video file, and the built-in G sensor can detect when an accident occurs and prevent the video file from being overwritten.

A snapshot feature makes it easy for you to take great pictures, and the camera can capture 16MP images. To get started, all that you need to do is plug the camera into a power source and hit record. 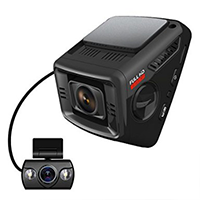 The ITRUE X6D Dual is easy to install, and it’s a top pick for truck drivers. This dashcam features a 2.4-inch TFT LCD screen, and once you start your vehicle, it will automatically start recording.

The video is captured in a continuous loop, and since the footage is recorded in full HD, it’s easy to read license plates and street signs. The ITRUE X6D Dual uses an AR0330 sensor to capture clear video, and to cover a larger area, it uses a 170-degree angle.

A built-in G sensor can detect when the vehicle has been involved in an accident, and it will automatically lock the current video file and prevent the camera from overwriting it.

This camera is even compatible with a GPS system, and it can monitor your speed. The memory bank can support up to a 64GB TF or SD card, and the ITRUE X6D Dual comes with a 16GB card. 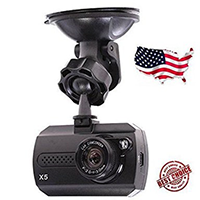 The HQR X5 is lightweight, affordable, and reliable, and with a compact size, it doesn’t take up much space on the dash. This camera records footage in full HD, and it automatically starts recording after you turn your truck on.

Unlike many other dash cams, this product comes with a built-in night vision, and it’s a suitable choice for night driving. Since it has such a compact size, it fits easily behind the rearview mirror, and it won’t obstruct your view of the road.

The HQR X5 comes with a built-in motion detector, and it can detect when you’ve been involved in an accident, which causes it to lock the video file. All of the recorded video files can be saved and accessed on a computer.

A dashcam is a camera mounted on the dashboard or interior windscreen and provides continuous footage of whatever you can see out of the windshield of your vehicle.

Most dash cams work by plugging directly into the power of the car and automatically start recording when your car starts. Some cameras will have a location tracker and record the time and date, and some stay on standby till you actually crash, and only then start recording.

What To Look For

You might also what to record what is going on behind your truck, which is another option, and here again, a dual-lens camera will be what you need. You can usually put the rear camera wherever you need it – either to keep an eye on the cab or something valuable that you’re carrying or next to the rear windshield to record what’s going on behind the truck.

There are different sizes of cameras too – the biggest issue here being that it might catch the eye of someone who would likely break in and steal it if it is on the bigger side. If you are worried about theft, you can either treat your camera like a phone, and take it with you when you leave the vehicle, or opt for a low profile version that wouldn’t be noticed.

Video quality varies widely from camera to camera. If you are likely to be uploading your footage on YouTube then you might want higher quality. But if it is just a basic safeguard against legal action then it’s probably not a big deal. With higher quality, it might make you able to read license plates in case of a hit and run, but will also be more expensive to buy.

Some dash cams sport GPS locators which can help you if you want to prove where you were at a certain time, and others will use the GPS to give you navigation directions too, so if you also need a navigation system then this might be the way to go.

If you are a business owner and own a truck that you’re not going to be driving, consider the professional options which give you tamper-proof recordings. These cameras can sometimes be tracked remotely so you can keep track of where your trucks are and will feature locked memory cards or power cords so that they can’t be removed.

If you are a trucker you really need a dashcam. Just think of how many hours of driving you do, and how many cases of bad driving you see every day. Then fast forward to the day when you’re probably going to meet one of these bad drivers a bit closer than you’d like, and they sue you.

Lots of lawyers love to take cases where truck drivers are sued because it’s easy for most people to believe you’re the culprit because your truck is so big and you have large blind spots. But even if you are innocent, will you have any evidence to defend yourself? A dashcam will help you out by giving clear proof of what happened that can’t be ignored.

These cameras can also help if you are parked somewhere and afraid your truck might get broken into or scraped by a passing car – they can give you much needed evidence to either claim insurance or nail the culprits who did it.

Then there are people who will deliberately walk out into traffic to try and get hit so that they can claim insurance! This apparently happens a lot in Russia, but you never know where else it might occur, so these cameras will help you out in court if someone is trying to pin something on you that you didn’t do.

If you’re looking for a bit of fun and adventure, you can also use a dashcam to record your road trip – maybe you can get some funny incidents to upload to YouTube! You also may find you pick up some unexpected footage of things like meteors on the way.

Avoid getting a dashcam that is made of too cheap a material, as it might lead to it melting in hot weather. Also, be aware that most dash cams have internal batteries but they only last for a few minutes, so don’t get one if you’re planning to have it record when your car engine is off unless it is specifically advertised to do that for long periods of time.

Some cameras have been found not to loop and re-record on the memory card, so make sure it is advertised to be looping if you want that.

It is advisable to remove your camera from the car if you leave it parked for extended periods in hot sunshine, as electrical items don’t tend to bear up very well under extreme heat.

How long can it record for at one time?

This usually depends on the size of the memory card that you use. An 8GB card will often record HD for 2-3 hours, and a 128GB card for 20-40 hrs. If you record with standard definition, this will be twice as long.

Are there any legal ramifications of having a dashcam?

You might need to check on the eavesdropping rules in your state if your dashcam has audio, as in some states it is illegal, or at least illegal if you’re not a party to the conversation. To be safe, just mute the microphone if you drop the truck off to be worked on, or someone else is going to drive it.

More From: For your vehicle