This is our official list of the best alternatives to coffee on the market today. Scroll further down for full details on each product.

Coffee has become inundated in our society as a way for us to get up and get our days started. It has very many benefits, though most of them pale in comparison as to what they they do for our energy. As such, many of us have become dependent on the stuff.

While coffee and its ingredients may not be as detrimental as many different substances, there’s more than enough reason for some to find alternatives to coffee that are as effective as it is comprehensive to good health, especially when you consider that more than a few people add more than enough sugar and other additives that can be linked to general bad health.

Here, we will outline five comprehensive best alternative solutions for energy in liquid form. While some of these entries may not exactly match up with coffee’s jolt, we’re more than comfortable in suggesting them because they’re tried and true and readily apparent. Furthermore, every item on this list is healthier than what one generally gets out of a standard cup of coffee.

Kombucha has also been heralded for its plethora of great health properties. As a tea, kombucha has been around since the 19th century, popularized in both Russian and Chinese cultures. It has been a popular choice in health circles in the United States for a while, with many proponents boasting a variety of benefits such as joint pain, high blood pressure, constipation, help with memory loss, PMS, and a laundry list of other advantages, according to WebMD.

While many experts do agree that it can provide a good deal of benefits to those looking for them, some experts aren’t quite so sure as to whether or not it is the cure-all that some will claim. 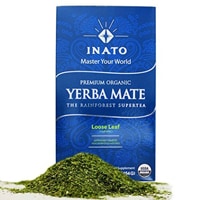 Yerba Mate may actually be the closest thing to coffee on this list. It’s known for being packed with both nutrients and caffeine, first popularized by workers in South America. The holly tree has long been a favorite, making waves stateside for a number of years.

While it does pack a lot of that sweet, sweet caffeine in its drinks, it’s also often celebrated due to the fact that it doesn’t come with the crash that coffee is known for. For many, this allows for people to be much more productive, which even is multiplied by the fact that it can be drank hot or cold, via french press, infused with tea, or even brewed in a standard coffee machine. 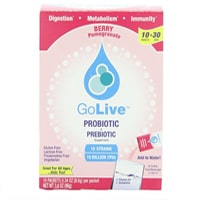 Like coconut water, we’ve been seeing probiotic drinks take center stage for good health. From athletes to other health gurus, the probiotic drink has been said to produce myriad of health benefits, such as balancing good bacteria from bad and general gut health. They also provide a boost of energy for those who drink it, ultimately shaping up to be more than a solid choice for a coffee alternative.

The two leading types are called Lactobacillus and Bifidobacterium. Most manufacturers state that both of these can do much in the way of good health, there are experts who aren’t exactly sure who should be taking the products. 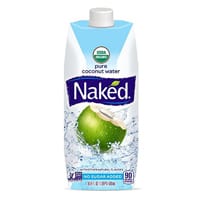 Coconut water has probably been the most trendy drink in the past few years. It’s a good thing, too. It’s tasty, refreshing, and it’s known for a whole host of health benefits. It’s for that reason for its inclusion on this list; it serves well as an alternative for coffee.

While it’s not meant to be heated, it does provide a natural sweetness that serves a similar purpose of caffeine. This milky substance, composed of young, green coconuts, is available at a virtually every store that carries coffee. Though, according to WebMD, the expense may not always outweigh its benefit. 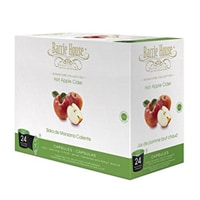 Hot apple cider seems to be a top choice as an alternative due to its temperature, tang, as well as natural sugar. Apple cider has long been a mainstay in colder months, making the transition that much easier.

While that may not seem like much, the standard coffee drinker isn’t much for change in the mornings, instead sticking to routine and comfort that generally only comes from a nice cup. Outside of that familiarity that you get with a cup of hot apple cider, the health benefits almost speak from themselves.

One may find it to be difficult to find suitable alternatives to coffee, but these five entries have been long associated with a multitude of health effects that may even be considered to be an improvement in addition to providing that necessary “kick” in the mornings. While it may be hard to ween oneself off from coffee, bodies around the world have been better for incorporating these substitutes.